The Story of the Pinche Cactus Ranch Logo

We told you the story about how Pinche Cactus Ranch acquired it name, so let us tell you about the Bigfoot logo.

For this story we have to go back to the piney woods of Northeast Texas.  As a child I grew up in a house my family referred to as Dr. Jesse's house.  It was located a few miles outside of Bloomburg Texas which is about 30 miles from the famous Bigfoot hot spot Fouke AK.  In this house is where I first learned about Bigfoot.  My older brother Roman and I shared a back room in our grandmother's home.  Here we learned the typical brother & sister fighting, laughing, & telling incredible bed time stories.  One night my brother told me the story of Bigfoot.  How big and massive he was, hairy with human like features. how he liked to snatch lil kids at night and that he did in fact live in a patch of woods not far from our backdoor.  This not only scared me to death and caused many nightmares it also peaked my curosity.  Every since that night ive had a mild obsession with the big fella, looking for him in every patch of woods during road trips and reading story after story about him.  I still look for him on every road trip and love the mystery behind him.

Fast forward to 2016 after we purchased and named the Pinche Cactus Ranch.  My brother Roman knew he wanted to give us a gift for the new ranch, and what better way then something he created.  Being an awesome graphic designer he went straight to work and created the first Pinche Cactus Ranch logo.  While the logo was being created it just happened to line out in perfect timing with the launching of the Specialty Jelly business.  Once we seen the logo he had created for the ranch we knew without a doubt that Bigfoot would be the face of PCR Jellies.  Since the first logo for the ranch was created we have added 16 different flavors to the Pinche Cactus Ranch brand.  SOme flavors have new logo creations and some we have kept the same.  We strive to not only produce the best jellies in Texas but also create a new and fun logo for our costumers to enjoy. 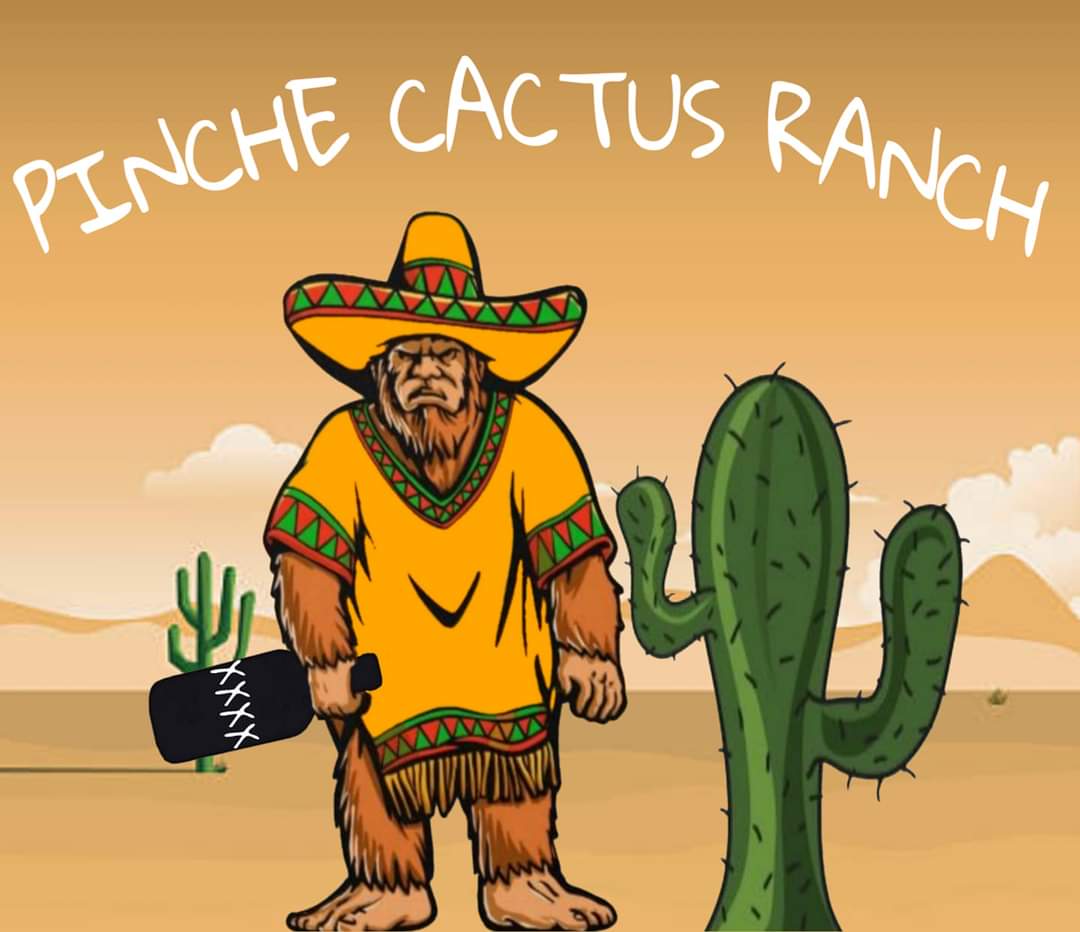